An Introduction to Martha Lloyd and Regency Cooking

He was interrupted by a summons to dinner; and the girls smiled on each other. They were not the only objects of Mr. Collins's admiration. The hall, the dining-room, and all its furniture were examined and praised; … The dinner too, in its turn, was highly admired; and he begged to know to which of his fair cousins, the excellence of its cookery was owing. But here he was set right by Mrs. Bennet, who assured him with some asperity that they were very well able to keep a good cook, and that her daughters had nothing to do in the kitchen. Pride and Prejudice chapter 13

In December, A. Marie Sprayberry gives us "An Introduction to Martha Lloyd and Regency Cooking." Who was Martha Lloyd, and why was she so important to Jane Austen? This talk not only answers these questions, but discusses Martha's manuscript Household Book, which is now available in a facsimile edition published by the Bodleian Library. Martha's book provides a glimpse into the many ways Regency-era foodways and food preparation differed from our own--as well as some surprising similarities! The focus is on processes rather than modernized recipes, although sources for such recipes  will be provided.

Dinner was an important part of the Regency day. It was a time for families to gather, to show off their wealth and to spar with each other, as Mr. Bennet does with Mr. Collins.

[Mr. Collins] “…I have more than once observed to Lady Catherine that her charming daughter seemed born to be a duchess, and that the most elevated rank, instead of giving her consequence, would be adorned by her. -- These are the kind of little things which please her ladyship, and it is a sort of attention which I conceive myself peculiarly bound to pay."

"You judge very properly," said Mr. Bennet, "and it is happy for you that you possess the talent of flattering with delicacy. May I ask whether these pleasing attentions proceed from the impulse of the moment, or are the result of previous study?"

"They arise chiefly from what is passing at the time, and though I sometimes amuse myself with suggesting and arranging such little elegant compliments as may be adapted to ordinary occasions, I always wish to give them as unstudied an air as possible."

Mr. Bennet's expectations were fully answered. His cousin was as absurd as he had hoped, and he listened to him with the keenest enjoyment, maintaining at the same time the most resolute composure of countenance, and, except in an occasional glance at Elizabeth, requiring no partner in his pleasure.

Of course, Regency ladies and gentlemen would not have anything to do with the actual preparation of food, as seen in the quote at the top of the page. Nevertheless, food had to be cooked, and we will learn more at our meeting. Please join us on December 11 for Marie's presentation.

The Business of Marriage

"Ever since the day—about four years ago—that Miss Taylor and I met with him in Broadway Lane, when, because it began to drizzle, he darted away with so much gallantry, and borrowed two umbrellas for us from Farmer Mitchell's, I made up my mind on the subject. I planned the match from that hour; and when such success has blessed me in this instance, dear papa, you cannot think that I shall leave off match-making." Emma chapter 1.

In Jane Austen's Regency, marriage was a serious business. Financial concerns were often just as important as matters of the heart. In Sense and Sensibility, Elinor and Marianne discuss just how much wealth is necessary for a happy marriage.

"Elinor, for shame!" said Marianne, "money can only give happiness where there is nothing else to give it. Beyond a competence, it can afford no real satisfaction, as far as mere self is concerned."

"Perhaps," said Elinor, smiling, "we may come to the same point. Your competence and my wealth are very much alike, I dare say; and without them, as the world goes now, we shall both agree that every kind of external comfort must be wanting. Your ideas are only more noble than mine. Come, what is your competence?"

"About eighteen hundred or two thousand a year; not more than that."

Elinor laughed. "Two thousand a year! One is my wealth! I guessed how it would end." Sense and Sensibility chapter 17.

At our November meeting, Dr. Alice Marie Villaseñor, Associate Professor of English at Medaille College, will explain the economic and social structures of Regency England that frame the marriage plot of Jane Austen’s Emma. Please join us by registering using the link above.

Due to the high risk of Covid infection from the Delta variant, all of our Fall meetings will be held on Zoom.
Advance registration is required for all meetings. 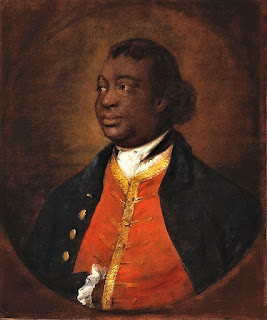 Lisa Brown will give a test run of her AGM presentation.

Ignatius Sancho was born on a slave ship during the long Middle Passage. He became an abolitionist, writer, and businessman; he was the first black person to vote in a British general election, and at his death in 1780, the first to have his obituary printed in British newspapers. He is well known in the U.K. today (though virtually unknown in the U.S.), but few British people have any idea he wrote exquisite country dances. After a brief biography, Sancho’s music, signature dance sequences, and a full dance will be demonstrated on video.

A decade ago, Lisa Brown moved to a new city for more frequent access to JASNA meetings and English country dances. She is Regional Coordinator of the Central and Western New York Region and is well known for her popular AGM workshops and fashion shows. During the pandemic, Lisa created Jane Austen Bingo and has been calling Zoom bingo for JASNA Regions across North America. She regularly gives presentations on the Georgian era and is proprietress of Regency Rentals, a costume rental business.

Posted by JASNA-CWNY at 1:20 PM No comments:

Click here for more information.
Posted by JASNA-CWNY at 3:12 PM No comments:

"Costuming the Regency from the
Bennets to the Bridgertons" 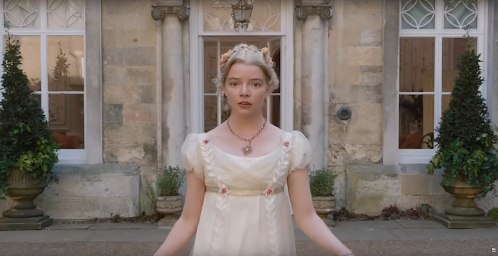 Alden O’Brien is the Curator of Costume and Textiles at the DAR Museum in Washington DC. She has curated numerous exhibitions on quilts and clothing, including “Fashioning the New Woman,” “Eye on Elegance: Early Quilts of Maryland and Virginia,” and "’An Agreeable Tyrant’: Fashion After the Revolution,” which was on view during the Washington, DC AGM. A fan of period drama since her mother let her stay up late to watch Masterpiece Theatre in its earliest years, Alden has frequently lectured on period costume design, especially focusing on the Regency. 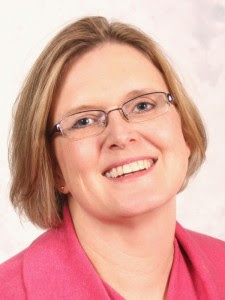 “Mansfield Park and the Sacred Landscape”

Mansfield Park is usually considered Austen’s most overtly religious novel. While previous discussions have focused on such issues as “ordination” and the work’s engagement with Evangelicalism, this talk adds a new dimension to the discussion of the novel’s religious content by examining the many allusions to medieval ecclesiastical buildings. What does Austen reveal about her religious commitments through her evocation of the past? 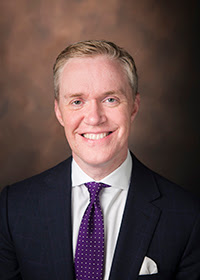 Professor Moore's attention to detail and sense of humor make him a very enjoyable speaker. He served as a plenary speaker at the 2019 AGM in Williamsburg, VA. 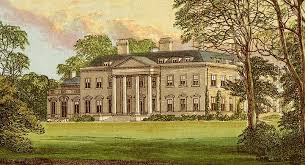 Roger E. Moore is Associate Dean of the College of Arts and Science and Principal Senior Lecturer in English at Vanderbilt, where he has taught since 1995. He is responsible for advising undergraduate students on a variety of academic issues, from designing interdisciplinary majors to applying for leaves of absence from the University. He chairs the Administrative Committee, which considers all aspects of the academic records of Arts and Science students, including class promotion, probationary status, and student petitions for exceptions to faculty legislation.

A specialist in early-modern English literature and religion, he is the author of scholarly articles on Christopher Marlowe, Sir Philip Sidney, and Geoffrey Chaucer, among others, in SEL, Religion and Literature and Studies in Philology. His most recent work explores nostalgia for monasteries and the monastic life in England from the sixteenth to the eighteenth centuries, work that has inspired two articles on Jane Austen and his book, Jane Austen and the Reformation: Remembering the Sacred Landscape (Ashgate/Routledge 2016). The recipient of the Harriet S. Gilliam Award for Excellence in Teaching (2003) and the Ernest A. Jones Faculty Adviser Award (2008), Moore teaches courses in seventeenth-century literature and the English Reformation as well as introductory writing courses and surveys of British literature.

Dean Moore serves on the Board of Directors of the Nashville Ballet and is Senior Warden of the Vestry at Christ Church Cathedral (Episcopal). 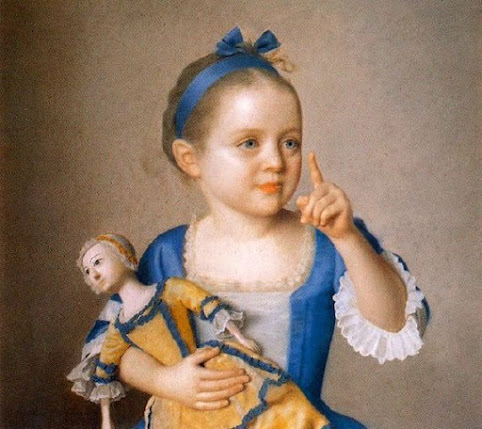 Marianne Liotard holding a doll, c1775 by Jean-Etienne Liotard (1702-89)
JASNA CWNY's March meeting will be the world premiere reading of "The Early Life of Lady Catherine de Bourgh," a play adapted by Robert Moss from A. Marie Sprayberry's "Lady Catherine de Bourgh" backstory in the Austen Alliance ebook, What Jane Austen Didn't Tell Us!  The cast includes A. Marie Sprayberry, Jane Knoeck, Jameson S. Yu, Aniela Wolkonowski, and Robert Moss, as Actors One, Two, Three, Four, and Five, respectively.
Among Janeites, Robert Moss may be best known for his readers' theatre adaptation of Lady Susan, which was performed at the Morgan Library in New York in conjunction with the 2012 JASNA Annual General Meeting in Brooklyn. He has been the artistic director of five theaters across New York State:  Edward Albee's Playwrights Unit,  Playwrights Horizons,  the Queen's Theatre in the Park, the Hangar Theatre in Ithaca, and Syracuse Stage.  Most recently, he has taught in Nazareth College's Theatre Department.
A. Marie Sprayberry retired in 2020 after 36 years of telecommuting for Guilford Publications, which publishes texts in mental health, self-help, education, and other disciplines. "Lady Catherine de Bourgh" is her first published work of fiction. Marie was Regional Coordinator for JASNA Syracuse until the Syracuse and Rochester Regions were merged in 2015 to form JASNA Central and Western New York, and she continues to serve on the JASNA CWNY executive committee. 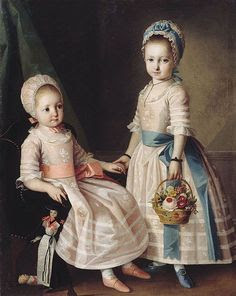 The Austen Alliance ebook, What Jane Austen Didn't Tell Us! can be purchased from Amazon.

Posted by JASNA-CWNY at 5:04 PM No comments: